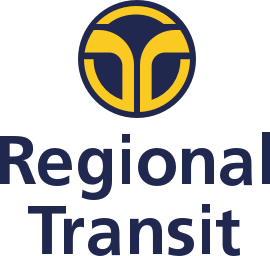 “By expanding the District to include Folsom’s bus service, SacRT will link more people to resources and opportunities region-wide,” said SacRT Board Chair and Sacramento County Supervisor Patrick Kennedy. “The integration of Folsom Stage Line service is a great step toward making the system truly regional.”

This move continues a strong partnership between the City and SacRT that brought light rail to Folsom in 2005. Earlier this year, SacRT expanded evening light rail service hours to better serve the Folsom community. In addition, SacRT was recently awarded $85 million in state grant funding that will help accelerate the modernization of the light rail system and pave the way for double tracking on the Gold Line, a project that will increase light rail service frequency to 15 minutes to Folsom stations.

“The action taken by Council is a testament to the dramatic turnaround that has taken place at SacRT over the last couple of years,” SacRT Boardmember and Folsom Councilman Andy Morin said. “I believe this will be a seamless transition that will provide numerous benefits to Folsom residents.”

By annexing into the SacRT District, Folsom will benefit from SacRT’s transit expertise as the largest public transit provider in the region. SacRT’s economy of scale will result in improved operational and administrative efficiencies that will save money, and allow the region to become more competitive for grant funding in the future. Initially, SacRT will operate Folsom Stage Line at the same cost to ride and same level of service as it operates today.

Annexation also provides the City of Folsom a larger voice on the SacRT Board shaping the future of public transit service in the region. This expanded partnership will provide residents with more transit services and resources that can help keep up with demand. The City of Folsom joins the Cities of Sacramento and Rancho Cordova, along with the County of Sacramento as member entities to SacRT.

“I could not be more excited and confident in the future direction of mobility solutions in the region,” said Henry Li, SacRT General Manager/CEO. “Our overall strategy is to engage, inspire and encourage people to value public transportation. Through collaboration, open dialogue, and a shared goal with our partners, we will advance SacRT’s value in providing a world-class regional mobility network to better serve our growing and changing communities.”

As part of the agreement, SacRT is committed to a seamless transition with no impact to current riders. Service levels will be maintained or improved, and there are no short term plans to make changes to the existing bus service, Stage Line branding, or fares. All current Folsom Stage Line staff will be offered similar positions within SacRT during the transition.